Our pub’s story is intertwined with New York City’s history. Bridge Street is one of the oldest blocks in New York, dating to the original 17th century Dutch settlement. The Dutch loved their beer, and on what is now our location, the Dutch West India Company built a brewery to supply the little town of New Amsterdam its favorite beverage.

Steps away, a fur trader, Philip Geraerdy became the first private tavern owner in the new world, opening the Wooden Horse Tavern in 1641. Named after a torture device of the era, the tavern’s name provoked controversy so Geraerdy changed it a few years later to the White Horse Tavern, etching the White Horse’s name in New York history.

Our current building dates to the mid 19th century, reflecting the architecture of New York’s mercantile era. It has been home to cotton dealers, commission merchants, and a fancy bag factory over this period, and as the the 20th century dawned, owners included U.S. congressman Jefferson M. Levy.

It wasn’t until the repeal of prohibition in 1933 that a pub was reborn in this space. Named the White Horse in honor of Geraerdy’s original tavern, it has been part of the fabric of the Financial District community ever since, a classic, authentic pub to gather, celebrate, and commiserate.

This has been our family’s livelihood since 1976, and we welcome you to join us and experience our hospitality! 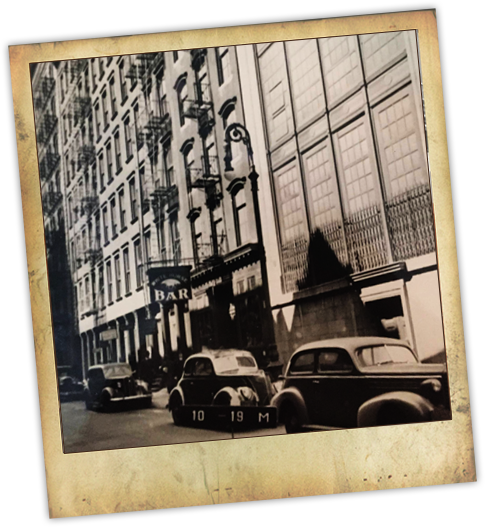 Follow us on our Social Media accounts for upcoming news, specials, and events.